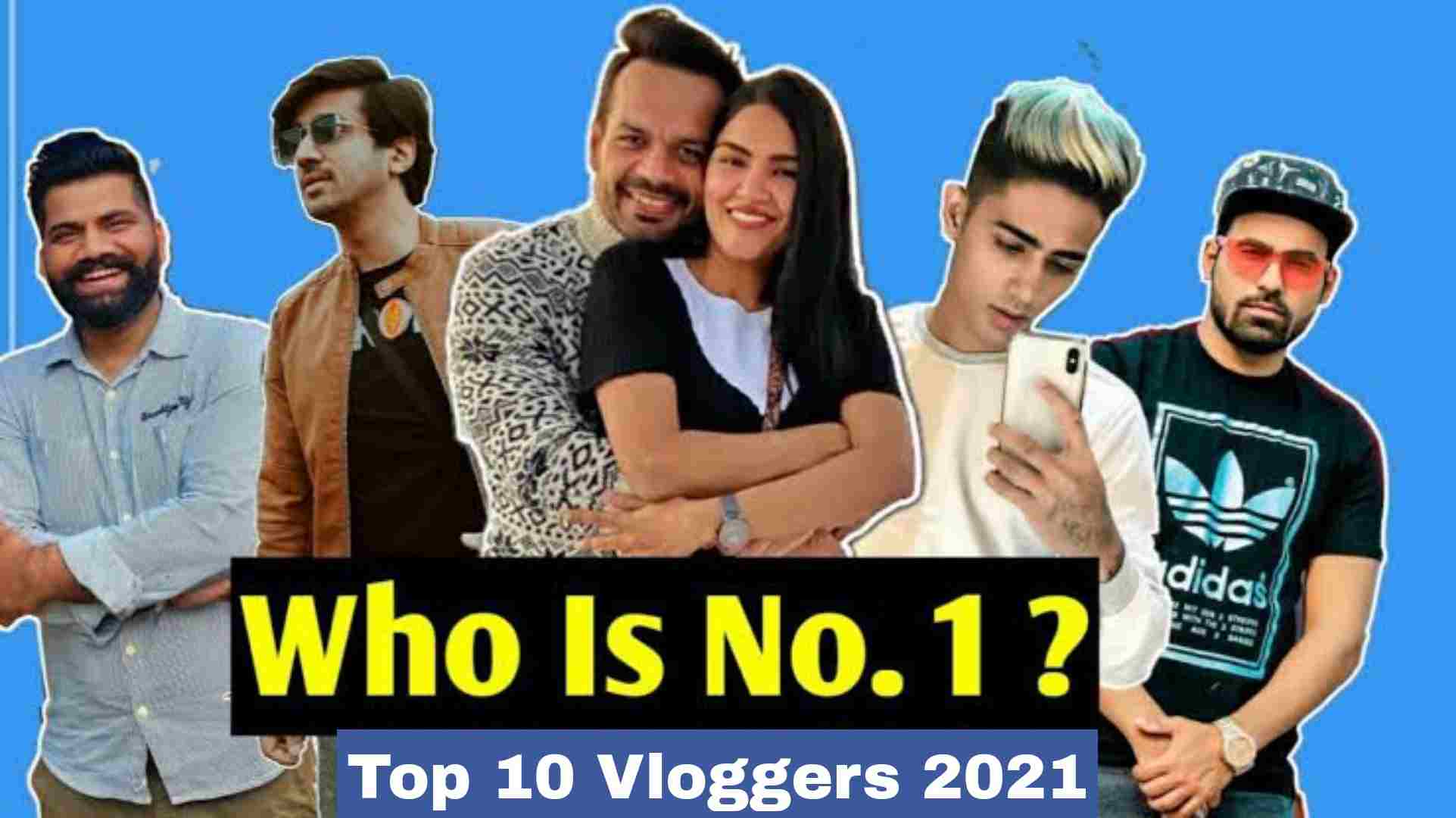 in this post I am going to tell you Top 10 most popular youtubers in India Friends, there has been a lot of grouth in YouTube in India as well as in the vlogging community, in fact, Vlogging was first started by the US YouTube Creator …… where Vlogging Fam was ever quite populer, and today the world YouTube Creator from all over started doing Vlogging and at the same time Indian Creator started Vlogging, so today we are going to tell the people about Top 10 Vlogger Of India, so read this post till the end.

By the way, Mohit Chikkra started his YouTube Carrier with Harshbeniwal’s video and Mohit Chikkra is an important part of Harshbeniwal’s video, Mohit started his Vlogging channel almost 2 years from today, and uploaded the video for the first time. After that he started getting good response from YouTube and after seeing this, he completed subscription of 1 lakh on Mohit’s channel in just 4 months and as of today, Mohit’s channel has more than 1.6 Million Subscriber.

The Cteater of this channel is Mohit Manocha who has been living in Canada for almost a year, Mohit started his YouTube channel almost 3 years ago in 2017 and in early days he did not get good response to his channel on YouTube. But for the last few months, he was started to takeoff by YouTube Channel and as on date his channel has 1.22 Million Subscriber.

Varun Vagish, the Cteater of this channel, who is a Full Time Travel Vloger, has also been awarded the National Tourism Awards by the Government of India for spreading Awarnes about Tourism. Varun has been uploading regular videos on his channel since 2016, as on date, his channel has 1.32 Million Subscriber.

MSK is a Traveling Vlogger, who uploads Releted Video from Bikriding Lifestyle on his channel, and MSK loves making videos with his Fam. MSK started its YouTube Carrier in 2016, however, MSK’s Succes Story is also very inspriring, which will be talked about in the post again and talk about how MSK currently has 2.59 Million Subscriber on their YouTube Channel. Which describes their Succes well.

This channel’s Cteater is Prabjoot which is very popular in Indian Vlogging Community, Prabjoot uploads Releted videos from Motovlogging, Travels and Lifestyle on his channel, he started his YouTube Carrier in 2015 and his videos liked his audience a lot. And has a 1.79 Million Subscriber on their channel to date.

This channel’s Cteater is Jaswinder Singh, also popularly known as JSN, JSN uploads uploaded videos from Superbike Review, Motovlogging, Traveling and Lifestyle on his channel, he started his YouTube Carrier in 2014 and Jsn’s Funny Style and Videography Style are very much liked by their subscrier, and as of today, their channel has a total of 2.59 Million Subscriber.

Nikhil Sharma is the Cteater of this channel, let us tell you that Nikhil is one of the selected YouTubers who started uploading Vlogging videos on YouTube. Today Nikhil is not interested in the introduction, he started his YouTube Carrier in 2014. Nikhil YouTube se has also previously worked at Qatar Airbase and some TV serials, as of date Nikhil has a full 3.54 Million Subscriber on the channel.

The Gaurav Chaudhary Vlog channel is the second YouTube channel of Technical Guruji, perhaps I do not think that you will need to tell me much about this channel if you talk to Subscriber, their channel has 4.43 Million as on date.

Gaurav Tneza is not only India’s largest YouTube Vlogers but also the most Hard Work YouTuber, he is also called Hard Work because Gaurav is a YouTuber as well as a Full Time Pilot, and that’s why Hard Work today They have reached this point, and as of date they have a 4.52 Million Subscriber on their channel as well as No.1 YouTube Vlogging Channel of Flying Beats India.

Friends, who is your favorite Vlogger? And whose videos you like to watch, you must tell us in the Comment Box.